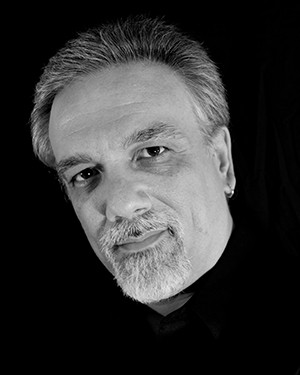 Dr. William Adams is enjoying a diverse and extensive career in music as an educator, conductor, performer, composer and scholar.

Dr. Adams' primary passion is for education. His studio encompasses voice, woodwinds, piano, guitar, theory, and jazz improvisation for students of all ages and abilities. He continues to present workshops, master classes and lectures on vocal health and pedagogy, solo performance practice, conducting, the spirituality of music, and music education advocacy throughout the country. His students have gone on to win state and regional contests, earn positions in Honors ensembles, earn scholarships at leading universities and conservatories around the country, and secure contracts with professional opera, theater, and recording organizations.

Prior to focusing his energies on his private studio full-time, Dr. Adams held teaching positions at universities in North Carolina, Oklahoma and Texas as well as posts in the public school systems of Texas and California. As chair of the music department at Oklahoma Panhandle State University, he designed and implemented the most aggressive and comprehensive music education curricula in the state of Oklahoma and served as faculty advisor and adjudicator for music educators throughout Texas, Oklahoma, New Mexico and Kansas.

A specialist in a cappella music, his choral conducting experience includes male, female and mixed ensembles ranging from three- and four-voice chamber ensembles to 340-voice festival choirs, and he maintains an active schedule as a clinician throughout the United States. His work as a conductor has also extended to orchestras, concert and marching bands, jazz ensembles, instrumental chamber ensembles, and theatrical productions. He is the founder and musical director of the professional men’s chamber ensemble Riverdeep. He also serves as the Artistic and Musical Director of the Heart of Carolina A Cappella, Durham’s chapter of the Barbershop Harmony Society. As a performer, he is a founding member of the professional a cappella jazz ensemble Avante, and performs regularly with the pop/rock a cappella group Transit Vocal Band. He recently sang with the barbershop quartet Whammy! after having previously sung with two other quartets, Counterpoint and Lonesome Road.

As an operatic baritone with a repertoire of more than sixty opera, theater and oratorio roles extending from Baroque masterworks to world premieres, he has performed throughout the United States with leading choral societies and orchestras. His wide range, both vocally and dramatically, makes him equally comfortable in a Mozart opera, a Sondheim musical, a jazz club, or a coffee house. As a recitalist with more than twenty programs to his credit, his repertoire extends from French and German art song through the folk music of Japan. He is particularly well versed in the performance of British and American concert and folk music.

In addition to his vocal work, Dr. Adams works extensively as an instrumentalist in nearly every conceivable setting from Renaissance recorder consorts to jazz and rock bands. He has performed on more than thirty-five different woodwind, keyboard, percussion, and string instruments. He currently performs with and is the director of the Eno River Jazz Collective.

A scholar in the vocal music of Ralph Vaughan Williams, Dr. Adams served as guest editor of the London based Journal of the Ralph Vaughan Williams Society, which devoted an entire issue to his work on Williams' Songs of Travel. He has also been published in The Choral Journal, the official publication of the American Choral Directors Association.

He lives in Durham, North Carolina, with his wife, Nicole, and their two children, Michael and Kathryn.